Haunting songs for scary times about Medusa, ghosts, witches, and lots of wolves as well as tunes that work for every season. Enjoy listening & stay safe:

END_OF_DOCUMENT_TOKEN_TO_BE_REPLACED

Big Day Out: I visited a Covid 19 test center so you don’t have to

The letter was worded vaguely threatening, as if upon arriving I’d find myself in a small alley, hearing the words “Mr Boss is very unhappy” before losing consciousness.

But I had faith. Belgium had hired extra! people! to take care of tracing and tracking. A friend tested positive, so we all went into quarantine and arranged a testing date.

I had visions of arriving to a place, bright and disinfected, with broad corridors and open spaces. I’d be on time, go in, get tested, get out. Of course the exit would be a different way out, because it’s safer.

The reality looked more like a communist bread line in a capitalist fanboi’s wank dream. There we were, downtrodden of the earth, packed together in a really – and I mean really – small space. For the greater good. Someone coughed. Oh god, this is it, isn’t it?

What to do when you’re a band during a pandemic? Live concerts are hard to organise, sometimes even rehearsing with your band mates can be impossible. So which options does that leave musicians these days? I’ve heard that some bands focus on writing new songs and even head into a studio (for example Passionless Pointless and Witch Fever), start a crowdfunding for their upcoming album (support Baby Fire), or release a new album (such as Bengal and Lavender Witch) or song (ERIIS and Big Joanie). Others perform livestreamed concerts from their home (like Down the Lees) or at a proper venue (like Bengal and Lavender Witch), or do a residence at an otherwise empty rock venue (Baby Fire and Tuvalu). And then there is the craft of video clips. While everyone is even more glued to their screens than in non-pandemic times, why not spend this screen time watching cool videos and listening to awesome music? And why not create a video to promote your songs that may not be enjoyed by a regular live audience for a while? 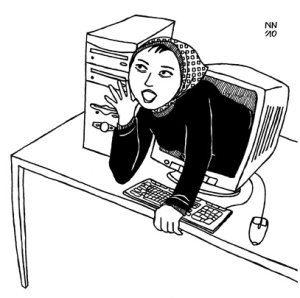 So for this occasion I’ve selected a few brandnew music videos of local bands that I’ve really enjoyed watching and would like to share with you. Sure, some of them feature friends of mine and one of them is my own band (you can guess which one) but that doesn’t mean I should make any publicity for them, right? I’m just excited to show these to you! 🙂

END_OF_DOCUMENT_TOKEN_TO_BE_REPLACED

Today, June 19th (from 9 am till 9 pm CET), Bandcamp will donate 100% of its profits to the NAACP Legal Defense Fund, an American organization that has a long history of effectively enacting racial justice and change through litigation, advocacy, and public education. More information here.

So this is an excellent moment to buy music from independent bands and artists on Bandcamp!

Lavender Witch​ too will donate 100% of the profits of the pre-order of our album “Awakening” today, to Belgian Network For Black Lives​. You can pre-order and support on our Bandcamp page.

If you want to donate directly to Belgian Network For Black Lives, go to their GoFundMe page or PayPal.

Lavender Witch’s album and zine is available to pre-order ❤

Our first album ‘Awakening’ is ready to be pre-ordered! The official release is the 3rd of July but you can already pre-order it on Bandcamp and discover right away some of our new songs, including ‘Not My Sister’! Order the CD pack with the zine or the digital version. You can also contact us directly to make the transaction (via email or pm). The CD + zine costs 10 euros and the digital version only is 7 euros.

Today, as on the previous first Fridays of the month, Bandcamp supports bands by waving their share of the sales. So it’s a good moment to support bands and artists!

Thank you and see you soon on a stage near you! 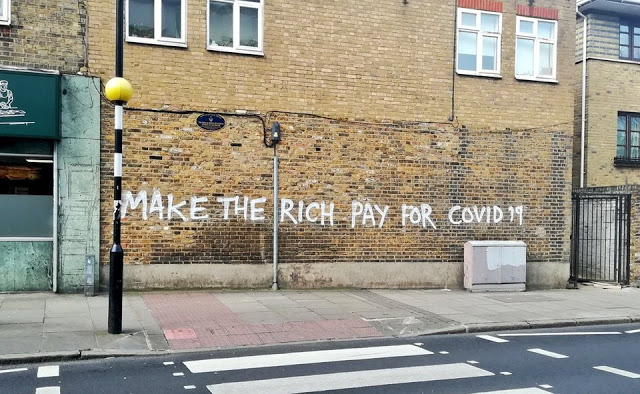 Frankenstein; or, the modern prometheus

It was on a dreary night of November that I beheld the accomplishment of my toils. With an anxiety that almost amounted to agony, I collected the instruments of life around me, that I might infuse a spark of being into the lifeless thing that lay at my feet. It was already one in the morning; the rain pattered dismally against the panes, and my candle was nearly burnt out, when, by the glimmer of the half-extinguished light, I saw the dull yellow eye of the creature open; it breathed hard, and a convulsive motion agitated its limbs.

END_OF_DOCUMENT_TOKEN_TO_BE_REPLACED 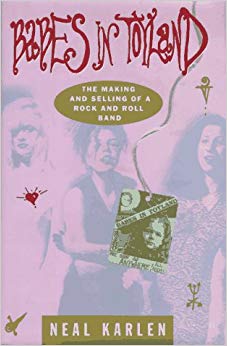 END_OF_DOCUMENT_TOKEN_TO_BE_REPLACED

In a time when the M of MTV no longer refers to Mediocre Music but simply to Mediocre, music videos are clearly not dead. We just watch them online instead. Internet did not kill the video star, far from, and it contributed to making it easier and more affordable for DIY and indie bands to make and share their own videos, without the financial help or promotion of a major record label.

Of course there are still a lot of crappy and objectifying videos out there, just as boring commercial songs are still being made. But in this playlist I’d like to turn the spotlight on some recent video clips of female-fronted DIY/indie bands that attracted my eyes ear as well as my ears.

END_OF_DOCUMENT_TOKEN_TO_BE_REPLACED

It’s been quite the year for cinema group Elles Tournent. In January, they showed a film by transphobe Nina Paley, which ignited protests by trans people, feminists and allies. Elles Tournent refused to cancel the film, and one of their volunteers walked away, refusing to aid the festival again. The web designer, a trans woman herself, protested against showing the film, and was fired without any prior communication two months ago.

Now a third person quits Elles Tournent in frustration, to seek better employment elsewhere. As this was the only person remaining in the team who actually tried to push for more trans inclusive changes, the future of the cinema group looks grim.

END_OF_DOCUMENT_TOKEN_TO_BE_REPLACED

What happened before: Elles Tournent doubles down on transphobia.

Strike actions at Elles Tournent continue. The strike started last week, as a culmination of failed discussions at the cinema group – accused of transphobia – led to the firing of their web designer.

Internal discussions started in January 2019, before the film festival, when it was discovered the festival planned a screening of a movie made by notorious transphobe Nina Paley.

The team refused to cancel the movie, whereupon the matter was made public and trans activists, allies, and feminists started an email campaign. Elles Tournent still refused to cancel, instead offering dubious apologies and showing the movie for free. At that point both the web designer, and a volunteer for the festival, refused to cooperate because of the continuing transphobia. Flyers about Nina Paley and transphobia were handed out during the festival by the Collectif de Lutte Trans.

END_OF_DOCUMENT_TOKEN_TO_BE_REPLACED

Germaine: Thanks! It’s great to be here.

So you are a core member of the collective, you told us. Are there many people working for you?

Well, it’s true we’ve had some budget problems. And several people walked out or flat out refused to help us anymore since we collaborated with a transphobe, and we fired the web designer, so to tell you the truth it’s been a bit quiet in the office. We’re trying to convince some more people to work for us for free, that should solve the problems.

Why don’t you tell us a bit about what’s been happening, the big controversy.

Well, we were hacked! The web designer – a young forty-year-old woman – changed our facebook page and our website, calling out to ‘pay webdesigners’ and ‘apologize for transphobia’ – and we just can’t have these hopeful, inspiring messages of change. That’s why we wanted to set the record straight.

END_OF_DOCUMENT_TOKEN_TO_BE_REPLACED

Elles Tournent doubles down on transphobia 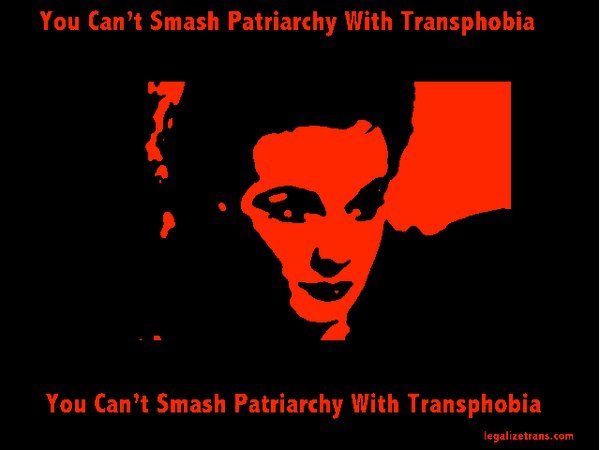 Elles Tournent, a “feminist” film festival in Brussels, displayed a complete lack of awareness earlier this year when they showed a movie by a trans hater, despite a protest campaign by trans people and allies.

They still haven’t publicly apologized for this, and now they have doubled down on the transphobia by firing the only trans member of their team – the web designer, who will be replaced by a volunteer who works for free. There’s a lesson about feminism and neoliberalism in there somewhere.

The web designer herself protested against the decision to show a movie made by a notorious trans hater, and the decision to fire her does seem to be a targeted strategy to get rid of people who don’t toe the company line. Too big a coincidence, as one could say.

More news as we get it.

END_OF_DOCUMENT_TOKEN_TO_BE_REPLACED

“I promised myself I would not be one of those who stands by as neighbors are torn from their homes and imprisoned for somehow being perceived as lesser.”

END_OF_DOCUMENT_TOKEN_TO_BE_REPLACED 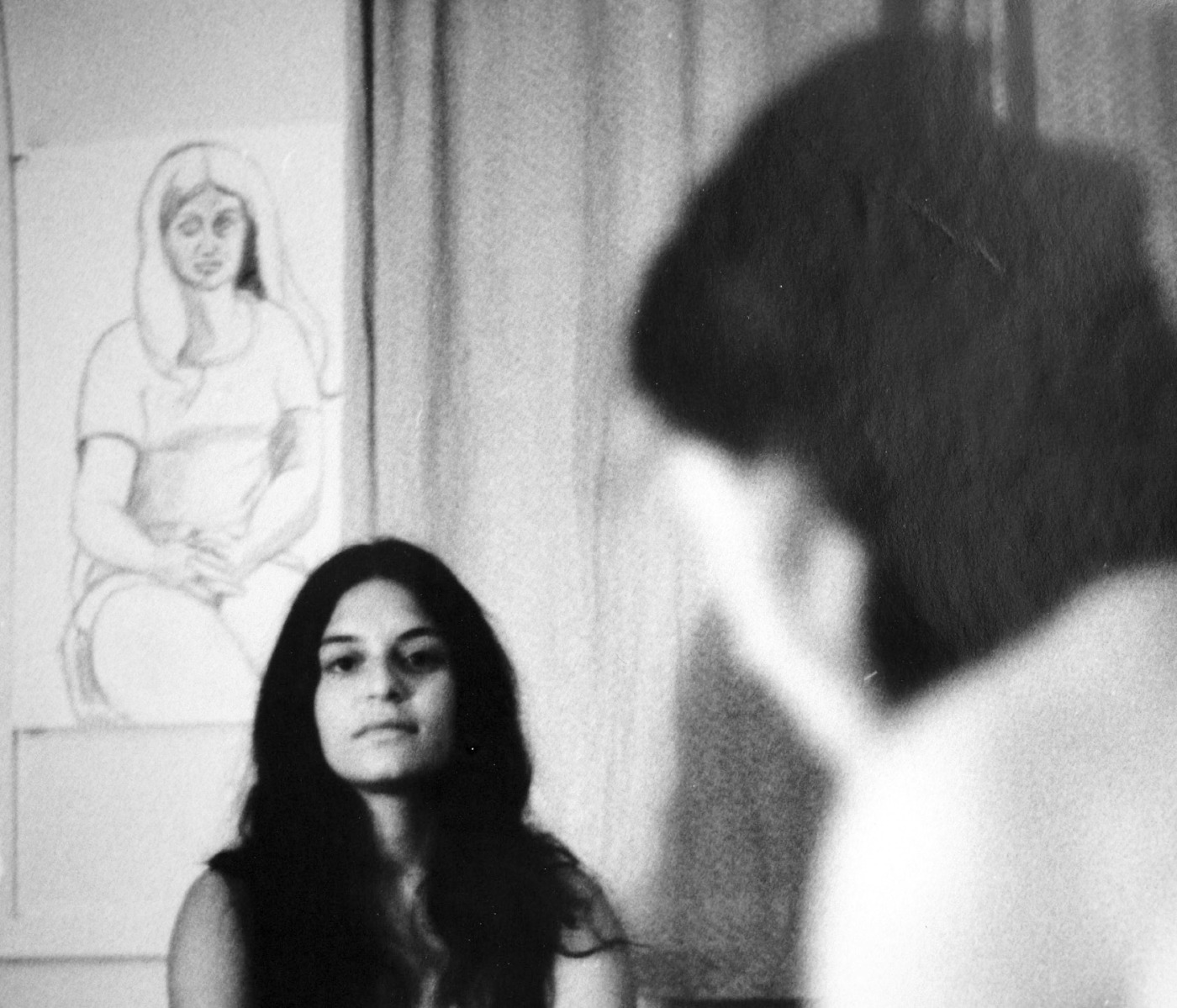